When choosing a network, many technical terms fly by to show what sets a network apart from the others. Understandably, not everyone is familiar with these terms and abbreviations, which sometimes makes it difficult to understand what is being told. This is why we explain what we mean when we talk about the following.

Delay, latency and jitter: the speed and timing of data exchange

Data does not instantly move from sender to receiver. Time is always spent when moving data. The time required to exchange data is called latency. A lower latency, which means taking fewer milliseconds to move data, is more beneficial. The underlying network and the distance between sender and receiver determine the latency. The latency of the data exchange is also referred to as delay. Latency and delay are two words that can be used synonymously. The NDIX network has a maximum delay of 5ms. Finally, the term jitter refers to the delay of an exchange, where the signal is distorted and the delay varies each time. You may have problems with data being sent in real-time, such as a video call, because you have high jitter. This results in possible interference or even interruption. Jitter is also measured in milliseconds. As NDIX, we promise a maximum jitter of 2ms.

Data cannot be transmitted all at once. Therefore, the data to be sent is divided into smaller packets called Maximum Transmission Units (MTU). The size of this MTU is indicated in octets, or sizes of 8 bits. Different standards have different maximum MTUs. For example, within the Ethernet protocol, a packet has a size of 1500 octets by default. On the NDIX network, most Ethernet standards are accepted and it is possible to transport an MTU size of up to 9100 octets to suit the needs of NDIX customers. These Ethernet frames are also called jumbo frames.

Business-critical ICT equipment must be well protected and data centres can provide a solution. Physical security measures, professional cooling systems, backup systems with emergency power and more functionalities can ensure that all company data is safe and that your ICT equipment can operate in the most ideal conditions. This is often not possible at normal company locations, resulting in an excellent alternative with data storage at a data centre. At data centres, company servers are hung in so-called racks.

VoiP is an abbreviation for Voice over Internet Protocol. Traditionally, people have been used to making calls over a regular or analogue phone line. In the last forty years, the internet has continued to develop and nowadays it has become normal to make calls over a digital line. This has the great advantage of better accessibility and connection quality. Phoning is thus done over the internet, possibly via a local network or via the cloud.

CPE refers to Customer Premise Equipment. At NDIX, this is the box that a customer receives with a subscription that is connected to the optical fibres on your premises. The box can also be called a switch, router or media converter. After installing the CPE, it is possible for customers to connect their own equipment.

All connections must come together in one or more places. Such a place is called a Point of Presence, also called PoP. a PoP ensures that all NDIX network requirements are met. NDIX has PoPs at various locations in the Netherlands, which are regarded as access points to the NDIX network. This overview map shows examples of NDIX PoPs.

The Internet protocol has different versions, but the two best-known versions are IPv4 and IPv6. With IPv4, a 32-bit address is used, while with IPv6, a 128-bit address is standard. Another difference is that an IPv6 uses letters for addresses in addition to numbers, unlike IPv4. As IPv4 could not create enough IP addresses for a rapidly growing digital world, IPv6 was given life to meet this demand. Both versions are supported by NDIX.

Want to learn about more concepts?

Learn about other interesting topics, such as the cloud, Ethernet and redundancy. 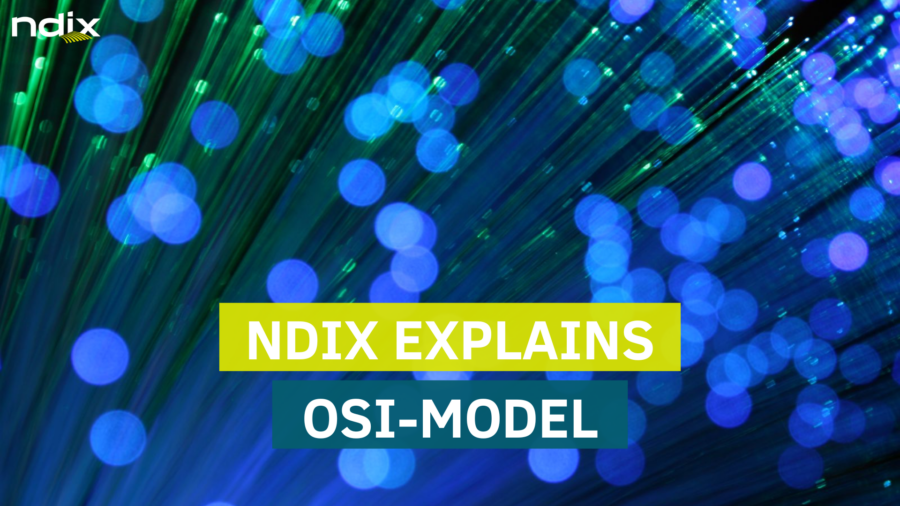